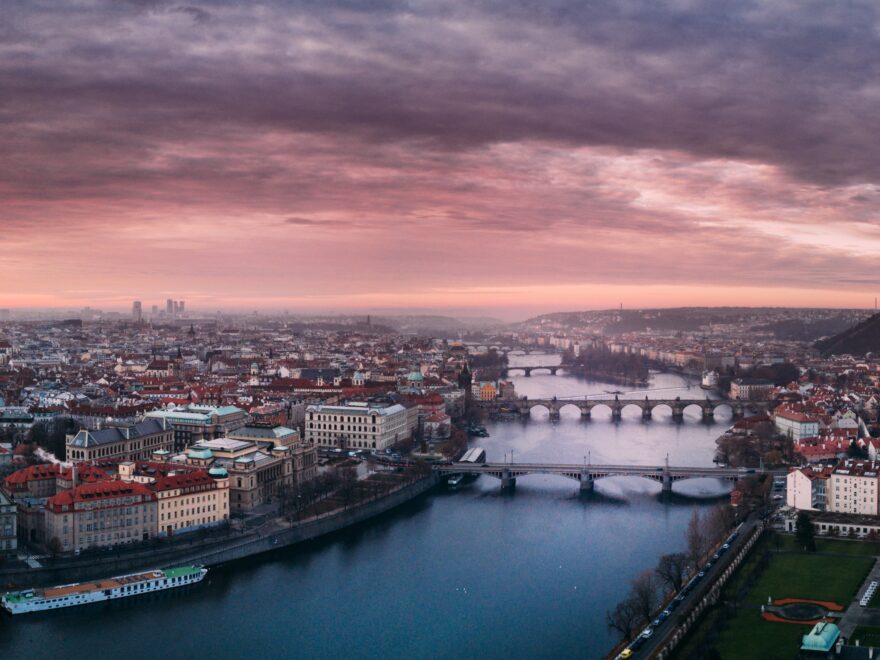 For international buyers of real estate, Praha, the Czech capital, keeps being an attractive location to consider when making a purchase. Despite the somewhat surging prices the city has experienced in recent years, it continues to be seen as one of the prime European locations to invest or live in. The reasons to choose Praha (Prague) might be too many to count, but let’s take a look at least at some of them!

The Czech economy has witnessed an unprecedented growth in recent years, and the rise in real estate prices reflects that. Furthermore, there is something of a housing crisis going on in the city right now, with the supply falling far below demand. Add to that a large volume of flats that are currently used for Airbnb rents (the tourist industry is excessive in Prague) and you’ll get the picture of why the prices are the way they are.

But still, though no longer a real estate bonanza it used to be, Prague does offer prices that compare favourably with many other cities in Central and Western Europe, as this statistic amply shows.

If you’re looking for work in the city, you’ll most likely find it

Czech Republic has currently the lowest unemployment rate in Europe. And Prague has the lowest unemployment rate in the Czech Republic. The local companies are competing with each other to draw from the limited pool of available employees, and this spells good news for everyone interested in finding a job here. Prague hosts many branches of international companies, as well as thousands upon thousands of local employers. If you consider not only buying, but living and working here, you shouldn’t have a problem.

And even if you consider your purchase as an investment onjly and don’t intend to spend much time in the city, make no mistake – things such as stable job market in the location have an impact on the value of your property!

The salaries reflect the job market situation, and the prices are affordable

The average monthly salary in Prague reached 42 760 CZK (roughly over 1600 €) in the first quarter of 2020. This is a huge increase, mirroring the high economic growth of recent years. And although the price of consumer goods somewhat rose in tandem with the salaries, it remains reasonably affordable as well. The Czech consumer goods rank among the less expensive by European standards. If one is not overspending, it’s perfectly possible to live here and save money as well, unlike in many other cities.

Prague owes a lot to its central location

There’s nowhere far away from the proverbial heart of Europe and you’ll have little trouble reaching most locations in Germany, Poland, Austria or Slovakia in a matter of few hours. For the locations somewhat further away, there is the Prague airport, which never ceases to be busy. You can catch a flight to almost any country in the world, and will also land in most European locations in under two hours of flight!

The overall quality of life is high

In terms of safety, accessibility of services, education, access to culture and nature, Prague and the Czech Republic in general ranks very high. It’s no wonder owning a property here is desirable!

Do you have any experience with the property market or the general life in the Czech capital? Feel free to share it in the comment section!